From:  Military and AeroSpace

COMMENTARY - It all happened because, Dan O'Dowd, who never served in the military, wanted to be richer than Bill Gates.  Green Hills was funded by a successful graduate of CalTech, in fact a guy who had hired Dan.  In retrospect Glenn must realize this was a real mistake. 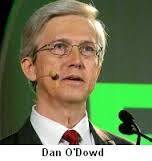 Dan was obsessed over being richer than Gates - and to do that he had to shed his partners.  First, he bought out Carl.  Then the hard part, getting rid of Glenn Hightower.

Dan cut a deal with Craig, who had been essential to his actually selling any software.

Craig would persuade the critical personnel to refuse to work for Glenn after he, Dan, exercised their sudden death partnership agreement.  Extra stock to these cooperative folks sweetened the deal.  Dan agreed to defraud Craig's wife out of her share of stock, a marital asset and kill her off.

Just a cost of doing business, you know.

The NeoCons were just coming into power and it was a heady world for Dan.  Between the co-conspirators they lied their way through the lawsuit Glenn hired and destroyed Craig's wife financially, nearly succeeded in killing off the couple's son, who had suffered a brain injury and therefore needed to be eliminated as far as Craig and Dan were concerned because keeping him alive would cost too much.

But for reasons outlined elsewhere all of this lead to lots and lots of government contracts for Dan.

Of course, Craig was a sexual deviant and wanted to rape the daughters he had adopted along with their son.  None of that bothered Dan, not a bit.  After all, he was getting richer every day selling software to blow up children overseas.  So what do a few more kids matter?

This is an excellent example of what you can expect from those without conscience and a compelling argument for Dr. Robert Hare's proposal that the officers of corporations be tested for psychopathy.  Read Snakes in Suits.

This explains why Dan does not approve of wikileaks or people having information he thinks unnecessary for them to know.  And don't ask him what he thinks about Edward Snowden.

And that is only the beginning of the story.  More Here - Editor 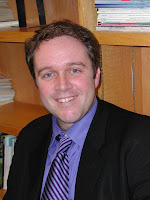 If the Wikileaks scandal shows anything it proves that no system is secure as people may think it is -- especially software virtualization systems, said Dan O'Dowd, chief executive officer of Green Hills Software during the company’s Software Elite Users Technology Summit. "Virtualization adds nothing to security," he added.

He then made a point that I think resonates well beyond virtualization systems. "The security claims of popular virtualization systems are just marketing fluff to exploit the desperate need of all computer users for security," O'Dowd says. These systems have only been evaluated to the National Security Agency's (NSA's) Common Criteria EAL4+.  MORE
Posted by Melinda Pillsbury-Foster at 8:28 PM No comments:

Posted by Melinda Pillsbury-Foster at 11:25 AM No comments:

Barack Obama's 'Step Program' for combating terrorism provides a transition to the automated war machine which takes the judgment of individual military out of the equation.

There are two reasons for this. The first is cost. The largest portion of the reduction is personnel costs. This leaves room to increase profits to the military-industrial complex which controls our government. The second reason is that machines have no conscience.
They follow orders and feel no empathy or compassion.

We cannot allow this to happen.

The DOD has been opposing this move to automation for some time. Many within America's military understand anonymous killing by drones and other arms length technologies have, demonstrably, traumatized and murdered innocent civilians in every instance where they are used.

All people have rights, including the right to life. Our rights are inherent, vested in us by God, not by the Constitution or government.

America's behavior in this is nothing less than criminal. Those responsible, including the leadership of the last two administrations plus the Clintons and Sidney Blumenthal for their efforts to bring on the War in Iraq, should be arrested and tried for treason.

Knowing your mother, grandmother, child or other loved one can be blown to bits before your eyes has produced a natural hostility and distrust of our nation. Do you feel warm and fuzzy about Muslims right now? No. Is this fair? Again, no. But it is human and is dividing us and building distrust where once a global community was growing.

All of us are angry and traumatized by the killings in San Bernardino. I made multiple calls to a friend who lives there in the hours following the mass murder. Hearing her voice brought me to tears of relief.

President Obama is increasing the danger to American with the policy he mandates for war on terror. He is making it far more likely this kind of killing will increase.

The police who handled the crisis in San Bernardino acted just as they should have and deserve to be thanked, commended, and trusted. Seeing this warmed hearts and helped bring the community and those watching together.

However, we need to avoid generalizing their courageous individual and group response as reflecting on other law enforcement personnel and jurisdictions which continue to show they do not understand their obligations under the Constitution and routinely violate the rights of those they are paid to protect and defend.

Trust must be earned or it only makes us vulnerable.

A people who fear their government are not free. Today, Americans fear both terrorists and their government. This must change. We need a president who will end the corporate wars and make peace the mission.

Posted by Melinda Pillsbury-Foster at 7:21 AM No comments: