To the Anti-Drone Community, Please help us follow this story! 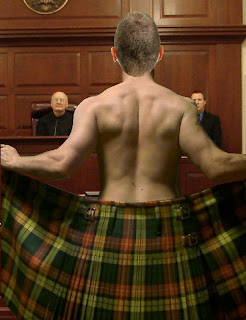 We are following the processing of John B. (Jack) Douglas, Vice President of Green Hills Software, Inc., a significant drone contractor, through the legal system on charges of lewdness, Open and Gross, c272 S16 (272/16) in Taunton District Court.

Please let us know if you can be there to report in person on what takes place.

The number two man on Green Hills Software's Management Team fell foul of the law in Taunton, MA on April 17th, 2013.  The article below appeared in the local paper.  Jack Douglas gave his address on the POLICE REPORT as 479 South St., Foxboro, MA and not Santa Barbara, where he is actually employed.

Douglas was already well known in legal circles for his article,“ReebokRules.”  It is likely his renown will be substantially increased, both in the general public and in the drone industry soon.

This kind of indicator, anti-social and deviant, behavior,  is one of the  reasons Dr. Robert Hare has said those in positions of corporate authority should be tested for psychopathy.

Thanks to the anonymous source who sent this on to me and to the comments by the arresting officer when he was contacted, and to the chief of police.  As noted in the article, a court pre-trial hearing has been scheduled for June 7th in Taunton District Court.

Please contact us if you can be there to photograph Jack in this shining moment.  EMAIL

Posted by Melinda Pillsbury-Foster at 4:40 PM