Will it be a movie - or a mini-series?  Time will tell, but we are telling all.  PsychoBusters, The Movie

The Melinda and Wendy 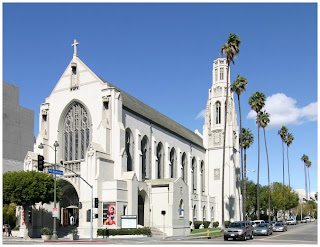 The black Bentley Limo rolled up to the curb at St. James Episcopal Church after circling the block. Inside, the jump seat emptied as Lady Wendy, Viscountess Mandeville, stepped out of the car wearing a deep blue dress, banded in narrow white accents at the neckline and sleeves.

People were quietly filing into the church. Lady Wendy paused, taking in the sense of mourning.

Next out of the Bentley was her husband, Lord Alexander, Viscount Mandeville, followed by Michael Jackson. 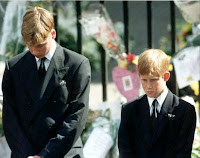 Lady Wendy later had a hard time remembering who else she saw. From the time she had heard Princess Diana had died of her injuries she had been caught up in shock. The things which stayed with her were the vivid moments which resonated with her own sense of loss and shock.

On the way home from a friends she had seen automobiles stopped at the side of the road. One driver's head was down on her steering wheel, crying. Walking into her home, next to the 405 Freeway in Costa Mesa, a 900 square foot, two bedroom condo, with one tiny bath, she felt numb. She had never met Diana, never imagined she would – but knowing she was in the world had become a bright place on her horizon.

As the week unfolded Wendy followed every piece of news. 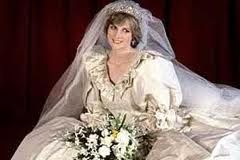 When Diana had married in 1981 it had seemed like a fairy tale, a girl finding true love, something Wendy had also, like so many girls, begun to dream of. As her own life had moved forward Wendy had also understood the shocks Diana had endured as her marriage unraveled into something very different.

Staying up through the night of the funeral service, tears streaming down her face, Wendy had grieved with most of the world for the People's Princess, as her husband, Lord Alex snored beside her, just as he had when she woke him to tell him Diana had died of her injuries on August 31st. 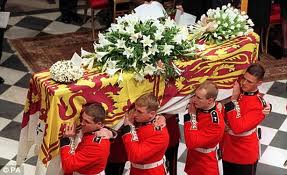 When Alex called Wendy at work with the news there would be a memorial service in Los Angeles, several days later, had seemed like a chance for closure, to say goodby. Calling her at work was something Alex did not seem to be able to help doing. Not working himself, he was a stay-at-home mom to their son, Alex, Jr.

Wendy's job as a receptionist at a prestigious law firm provided a sanctuary from a marriage which had rapidly devolved into a nightmare. The job also keep the rent paid, when Alex actually decided to write a check. Wendy enjoyed her time at the office, where life was more normal, she had been there since she was 20 years old.

As Alex told her about the service Wendy felt slightly giddy. Marriage to an English peer had been starkly without any of the accoutrements of glamor or privilege before. They could barely afford their small condo and the bills were never really entirely paid.

To somehow be closer to the woman who had inspired her, and so many people around the world, this would be worth remembering.

Alex had called to tell her, as he often did, he was going to see a 'business associate,' who did detailing on high end cars near Beverly Hills. Wendy no longer wanted to know what kind of 'business' Alex was into anymore. Too much water under that bridge. Just a few weeks before Alex, Jr. was born in 1993 Alex had called to tell her he was, 'alright.' and the accident was not his fault. As it turned out, it was his fault. He had totaled her last car, a modest but sturdy Nissan, which she had proudly bought new. Alex used her insurance money to put a down payment on the Jaguar he wanted. She had to dig into her 401K to prevent it from being repossessed, soon after the baby was born.

But when the phone rang a couple of hours later in her word day his voice was filled with real excitement.

“Wendy! You are not going to believe this. My friend Mark at the detailing shop, has talked to Michael Jackson and he wants to come with us to the Memorial Service, and bring Elizabeth Taylor.”

The next days were chaos. Liz had not been able to make it, but Michael had met them at the detailing shop so they could drive, together, to St. John's for the service. Later, a letter of apology, and flowers arrived from Ms. Burton. Wendy, as was their practice, wrote the thank you note for Alex to send. 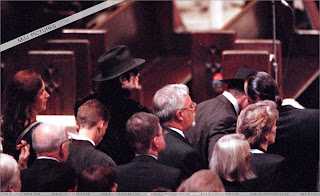 It was as if she had entered another world. Listening to the service, Michael Jackson sitting beside her, seemed unreal at first. Then, the words of the hymn brought back the enormity of Diana's death and the reality of her own very different life. She tried to stop the tears but they began to well up in her eyes. She felt as a shock of understanding and comfort, Michael's touch as, sensing her pain, he put his arm around her back and gave her a warm and gentle hug.

After the memorial ended, the minister leaned in, speaking briefly to Michael. They were to leave out of the rear of the church. The media had been notified of his presence. 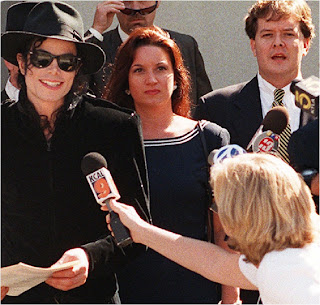 Walking out into a blaze of cameras Wendy felt like the proverbial deer in the headlights.

Then, they were walking into the suite at the Hyatt Alex had managed to get by telling the management, yet again, he was the Ambassador for the Royal Family. Briefly, Wendy cringed. She knew well he had never met any one of them.

The next two hours were magic, as Michael played hide and seek with Little Alex as his father filmed and made comments.

From some deep place within her Wendy knew why it was important to Michael to be at the service, as it was for her. Diana represented a way out of the quagmire which was life for so many, no matter how poor, or how privileged.
This is a story which will take you through the full spectrum of emotions.
Posted by Melinda Pillsbury-Foster at 9:14 AM