COMMENTARY - Ah yes, we all remember Tailhook and the expressed opinion that 'boys must be boys,' and women really want it anyway, they are just too coy to ask.  Also, we remember this sort of activity gives The Boys that essential edge needed to ensure they can effectively defend the Constitution and our sacred and inherent rights.  The pardon, issued by this Craig Franklin, perhaps not so different from Green Hills Software, Inc., Vice President, or formerly such, leads us to yet another very unusual understanding of the word, INTEGRITY.

The article in which Lt. General Craig Franklin defends HIS integrity appears below.

A rape, taking place in circumstances when the victim believed she was among friends, is arguably worse, especially when followed by a series of further betrayals.

But the General should call his name-counter  part.  They might have more in common that anyone previously imagined from looking at them. 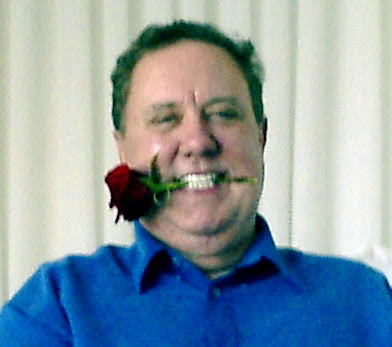 Air Force Lt. Gen. Craig Franklin, who overturned a jury's guilty verdict in a sexual assault case, explained his case in a letter to a top Pentagon official, saying he found the accused officer and his wife more believable than the alleged victim. (Air Force via AP)

Lolita C. Baldor, The Associated Press
WASHINGTON — The Air Force commander who overturned a jury’s guilty verdict in a sexual assault case — enraging members of Congress and prompting talk of military justice reform — explained his case in a letter to a top Pentagon official, saying he found the accused officer and his wife more believable than the alleged victim.
In a detailed six page letter to Air Force Secretary Michael Donley, Lt. Gen. Craig Franklin lays out why he decided to reverse the verdict — a widely criticized move that led to the Defense Department proposing that commanders be largely stripped of their ability to reverse criminal convictions of service members. The letter was obtained by The Associated Press.
The woman accused Lt. Col. James Wilkerson of sexually assaulting her after a party at his house. Wilkerson and his wife denied the charges but said the woman stayed at their house that night.
A jury convicted Wilkerson, a former inspector general at Aviano Air Base in Italy, Nov. 2 on charges of abusive sexual contact, aggravated sexual assault and three instances of conduct unbecoming of an officer and a gentleman. Wilkerson was sentenced to a year in prison and dismissal from the service, but Franklin overturned the jury’s verdict and dismissed the charges.

Franklin, commander of the 3rd Air Force at Ramstein Air Base in Germany, said a host of details led to his decision, including that the victim turned down offers to be driven home from the party, didn’t accurately describe the house layout and gave a version of events that he did not find credible. He said Wilkerson was a doting father with a good career and it would be “incongruent” for him to leave his wife in bed, go downstairs and assault a sleeping woman he’d only met earlier that evening.

He acknowledged that Wilkerson didn’t pass a polygraph test and that there were some differences between the colonel’s version of events and his wife’s. Franklin said he took into account Wilkerson’s willingness to submit to the lie-detector test as well as additional testimony from others that was ruled inadmissible in the actual court proceedings.

Franklin’s letter — which was not previously made public — was met with incredulity by at least members of Congress, who questioned how Franklin could take evidence deemed not credible by the court and base part of his decision on it.

“Franklin clearly substituted his own independent judgment for that of the convened fact-finding panel,” said Rep. Michael Turner, R-Ohio, a member of the House Armed Services Committee. “He took some information that was outside of the proceeding and not deemed credible and used his own judgment of what to accept. In the end he concludes that he fully believes Colonel Wilkerson’s statement of events, even though the colonel refused to testify and failed a polygraph.”

Sen. Claire McCaskill, D-Mo., who sits on the Senate Armed Services Committee, said the letters make clear how important it is to take the authority to overturn guilty verdicts away from commanders. She also objected to Franklin’s use of information that was inadmissible in court and that he appeared to rely on his own personal judgment about the believability of the witnesses.

“This letter was like fingernails on a blackboard to me,” McCaskill said Wednesday. “It puts the victim in a difficult position again, and I hate that.”

In the letter, Franklin said he was providing the detailed defense of his decision because of the ongoing controversy in the “court of public opinion.” But he worried in the letter that providing such a defense could set a dangerous precedent.

As part of the Pentagon recommendations this week, however, Defense Secretary Chuck Hagel said commanders will still be able to reduce sentences in criminal cases, but said they should be required to defend any such changes in writing.

Both McCaskill and Turner said lawmakers are working on changing the law to strip this power from commanders, so that similar incidents can be avoided in the future.

Franklin’s memo lists 18 points that led to his decision to overturn the guilty verdict, saying he struggled with the difficult case and spent three weeks reviewing tapes, testimony and dozens of letters submitted in support of Wilkerson.

In the end, he said, “I could not in good conscience let stand the finding of guilty.”
Among the problems he found with the verdict, Franklin said:

* The victim had trouble identifying and describing parts of the house, didn’t remember the attacker’s mustache and didn’t correctly describe her path out of the house

* Wilkerson’s wife’s account of the events differed in some details from her husband’s, but Franklin said the conflicts suggested that the two didn’t collude on a manufactured story.

* Testimony from the friend who took the alleged victim to the hospital the next day was not admissible in court, but Franklin said it indicated there could be a reason the woman might be less than candid.

Turner said the letter simply underscores the sense that there is a culture in the military that does not see sexual assault as a serious crime and that the victim is the one at fault. He said Congress is working to address the issue, but in the meantime the Pentagon should set clear standards on how commanders with no legal expertise should handle these types of reviews.

And he said he concluded that, as a result of his review, he had a “genuine and reasonable doubt” that Wilkerson committed the sexual assault.

“It would have been exceedingly less volatile for the Air Force and for me professionally to have simply approved the finding of guilty,” he said. “This would have been an act of cowardice on my part and a breach of my integrity.”

Posted by Melinda Pillsbury-Foster at 10:21 AM