As mentioned earlier on this site, and elsewhere, John Fund, formerly on the Editorial Board of the Wall Street Journal, placed there through the recommendation of Robert Novak in 1983, was a political operative whose relationship with Karl Rove proved to highly advantageous for both.  Fund was a valued asset, through the Clinton years and in the campaign to steal elections.

But then a problem arose.  GHS assisted in solving the problem.

Fund had dated Morgan's mother in the early 80s.  John told the kids to call him, "Uncle John, calling his old friend for updates on the family."  Perhaps John was also into incest?


Morgan was busy, in 1998, assisting his adopted father with his divorce from her mother, Melinda Pillsbury-Foster.  Craig tried to crawl into bed with her in December of that year.  Even so, they kept chatting.  “Morgan Pillsbury – Franklin Transcript” (late 1999)

The tough part here, is finding people, among these characters, who were normal.

The Movie is being written, and Dan and Craig get starring parts.
PsychoBusters - The Movie

You might ask what this has to do with the NEWS RELEASE, technology and the War in Iraq, and you will find out, stay tuned. 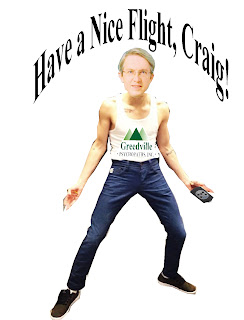