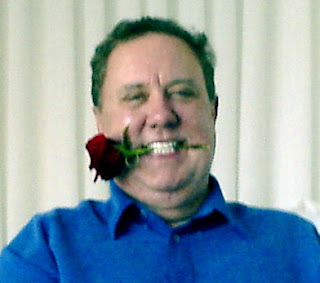 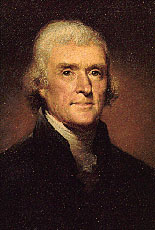 It is more than slightly ironic that Charlottesville, Virginia has become the first city in the United States to pass an anti-drone ordinance, despite the fact  its most famous son, Thomas Jefferson, author of the Declaration of Independence, lived there  at his home in Monticello.  Jefferson remains, today, an exemplar of courage in the fight for freedom and the rights of individuals.

What would Jefferson have said about the man above, born in his same home town for whom greed trumps freedom and the sovereign  rights of the individual?  A polite man, Jefferson might have limited his reaction to the cut direct if the bovine face above ever appeared in his range of vision.

Ironically, Franklin uses a song borrowed from his author, Dean Ahmad, about Jefferson, as one of his tools to position himself as a supporter for freedom.   He even attempted to buy the rights to the song so he could pass off its hauntingly beautiful words as his own.  Failing in this, Franklin wrote his own version.

The song, Thomas Jefferson, was written on April 13, 1976 and performed that night for the Libertarian Party of Massachusetts by Dr. Ahmad, an astrophysicist and later founder of the Minaret of Freedom


In colonial Virginia, you lived 200 years ago
The land was green and wild then and men were free to grow
Philosopher, inventor, naturalist and diplomat
A lover of the common folk, unlikely aristocrat

I'm proud of all your words and deeds in the freedom fight you won
And I am proud to be a child of yours, Thomas Jefferson

In 1776 Americans were held down
Their natural rights had been usurped by the despot British crown
They declared independence in a paragraph and asked if you would polish it
When government destroys our rights you said we must abolish it.

Right on, right on, death to tyrants, every one.

They pledged their lives, their fortunes and their honors, every one
They were men to match your mighty phrases, Thomas Jefferson.

You wrote that all men born possess inherent liberty
for human rights are not a gift or the whim of society
But how they lie about you, how they twist the life you lead
Like the reason that you freed your slaves from your dying bed

Did you see the unbound future of the nation you'd begun
Did you dream of universal freedom, Thomas Jefferson?

The men we now call heroes that you knew as living men
Patrick Henry with his mighty voice and Tom Paine with his pen
George Mason with his Bill of Rights, he knew there were more than ten.
It's a tragedy America won't see those men again.

But it’s not to late to save a world with tyrants, overrun
For you have many sons and daughters, Thomas Jefferson.

And we echo, Death to Tyrants, every one.

Charlottesville, Va., has taken action against the use of police spy drones, ordering a two-year moratorium on the citywide use of unmanned aircraft.

It is the first city in the nation to do so, supporters say, and its move may prompt other municipalities to act.

Seeking tough regulation over the future use of civilian drones in U.S. airspace, the City Council passed a resolution that prohibits police agencies from utilizing drones outfitted with anti-personnel devices such as Tasers and tear gas.

Posted by Melinda Pillsbury-Foster at 5:40 PM