A History of Clan Douglas

COMMENT - For our new readers the ongoing commentary regarding Scotland and the history of the clans stems from the recent arrest of John B. Douglas, III, a senior vice-president for Green Hills Software, Inc., our model drone contracting corporation, for indecent exposure.  The incident took place in Taunton, MA on April 17th between an Olive Garden Restaurant and a Dunkin Donuts.  ARTICLE

The arresting officer also appears, by his name, to share Scottish clan heritage.

Coincidentally, another senior vice president, Craig Franklin, is also a proud member of a Scot Clan, the Craig's, from his mother's side of the family.  Craig always boasted about his Highland Craig background, at least until he saw his ancestor beheaded by William Wallace in Braveheart for betraying the cause of Scottish freedom.  Now that I think about it, I see a parallel as Craig always claimed to be a Libertarian and has certainly proven himself otherwise.

Therefore, we delve into the history of the Clans to flesh out our story about the character of the Dream Team Management of Green Hills Software.

Which Douglas Tartan do you think Jack should wear to his court appearance, since wearing the kilt is a family tradition?  Below the tartans  find the referenced, fascinating, history on the Douglas Clan. 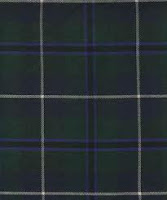 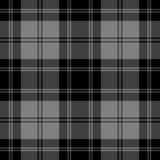 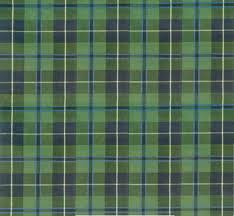 "In Gaelic, dubh means black, and glas means grey. These are the main shades used in the tartan. The earliest recorded Douglas seems to be William of Douglas, whose name appears as a witness to charters between 1175 and 1211 around Lanarkshire, but from whom he was descended is unknown.
Regarding the origin of this immensely powerful family is the saying, ‘Men have seen the stream, but what eye ever beheld its source?’
William’s son was Archibald Douglas, who had a prosperous existence before vanishing in 1239. His son Sir Andrew founded the senior cadet branch of the Douglas family while his other son fathered ‘the Good Sir James’. The Good Sir James was the greatest Captain under Robert the Bruce in the War of Independence and is held as the third of Scotland’s finest patriots only after Bruce and William Wallace.
During these times the house of Douglas had expanded in its power and properties enormously. He was killed by the Moors of Spain in 1330 while attempting to reach the Holy Lands, where his King, Robert, had requested on his deathbed that his heart be buried.
His son was slain at the battle of Halidon Hill by the English in 1333, as was Sir Archibald. So it was Archibald’s son William who became the first Earl of Douglas in 1358, and also Earl of Mar through marriage. When he was killed at Otterburn in 1388 the second proper line of the Black Douglases had ended.
However, Sir James had also left an illegitimate son, Archibald the Grim, who took his half-brother’s place and became the 3rd Earl of Douglas. He was greatly respected and died in 1400.
His son, the 4th Earl, died fighting the English with France’s Charles VII and his young grandsons were tricked and murdered in Edinburgh Castle by family enemies.
James, the 7th Earl, was a violent man and created many enemies, to his sons’ cost. The 8th Earl was stabbed to death by King James II. Three years later the King accused the family of treason and the earldom and entire estates of the Black Douglases were decimated"

Posted by Melinda Pillsbury-Foster at 8:13 AM