COMMENT -  The face of thrifty fascism, as a direction for killing, owes much to Green Hills Software, Inc.

www.ghs.com/news/20111107_milcom11_curtiss_wright.html‎
Nov 7, 2011 – Green Hills Software, the largest independent vendor of embedded ... Unprecedented Levels of Consolidation, Reducing SWaP and Cost ...
Google -  "SWAP"   green hills Software, yields about 321,000 results of which this was the first.
It does rather make you wonder what a journal for  conning Americans into working for the Military Industrial Establishment would look like, doesn't it? 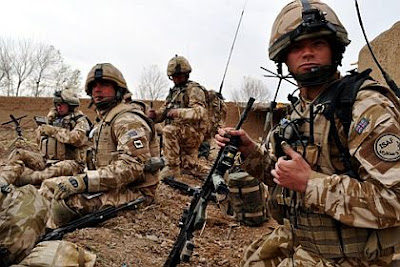 THE MIL & AERO BLOG, 7 May 2013. People tell me they're getting sick of the term SWAP , which as we know all too well is short for size, weight, and power. The idea, of course, is little SWAP, not big SWAP -- for most things these days, that is.
The desire for big things in small packages is front-and-center in the aerospace and defense electronics industry because of a growing and wide variety of applications involving unmanned vehicles , soldier systems , and the like.
Evidence of the growing focus on SWAP is almost everywhere we look. Last week at the SPIE Defense Security + Sensing electro-optics show in Baltimore, for example, tiny size, light weight, and low power consumption were common themes.
SWAP-driven electro-optics products ranging from hyperspectral cameras, infrared sensors, and tiny inertial measurement units were on prominent display, with the smallest sensor packages with the most capability possible.