The DISCLOSE Act Would Turn Transparency into a Political Weapon - COMMENT

However, it does explain John Fund's career move.  What connection does Fund have to Drones?  This, will be revealed to you, grasshopper. 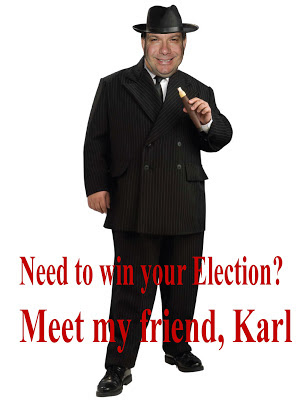 There is a fine line between requiring transparency in politics and creating opportunities for politically minded people and groups to be intimidated into silence. A new effort by two senators, Democrat Ron Wyden of Oregon and Republican Lisa Murkowski of Alaska, is in danger of crossing that line — to the detriment of political free-speech rights.
Back in 2011, the Obama administration drafted an executive order that would have forced government contractors to disclose any donations over $5,000 that the company or its executives made to outside political groups. Federal law already requires such disclosure for contributions to candidates and parties, but the order would have extended that requirement to independent-expenditure groups, a category in which conservatives outspent liberals for the first time in the 2010 election cycle.
The draft order was clearly highly selective in its approach. Federal-employee labor unions and recipients of federal grants, two highly liberal donor populations, were exempted from the disclosure requirements.
The Obama draft was eventually shelved after howls of outrage from federal contractors. It was clearly unnecessary because federal contracts are not supposed to be given out on the basis of which causes companies support. But such highlighting would allow left-wing groups — or at some future point right-wing groups — to strong-arm political opponents of an administration. As the Wall Street Journal pointed out; “Disclosure may sound nice, but the real point is to put companies on notice that their political contributions will have, well, consequences.”
When a congressional version of the Obama executive order called the DISCLOSE Act was introduced in Congress in 2010, its Democratic cosponsor New York senator Chuck Schumer was quite forthright in saying the bill was designed to “embarrass companies. . . . The deterrent effect should not be underestimated.”
Richard Nixon showed just what misuse selective forced disclosure of political activities can be put to. John Dean, the White House counsel who went to prison for his role in Watergate, drafted a memo on how the Nixon people could keep an “enemies list” that would “determine what sorts of dealings these individuals have with the Federal Government and how we can best screw them (e.g., grant availability, federal contracts, litigation prosecution, etc.).”
No one is suggesting that a return of Richard Nixon’s tactics to Washington is imminent, but every political weapon will eventually be misused by someone. Recently, the IRS “inadvertently” released the confidential donor lists of conservative nonprofits when replying to Freedom of Information Act requests from liberal groups seeking greater transparency. The groups were asked not to publish the information, but they did so anyway.
Such information is already being used at the state level to intimidate companies. In 2010, Target Corp. contributed $150,000 to an independent group running ads against higher taxes. But the same group was also backing a pro-traditional-marriage constitutional amendment. MoveOn.org, a left-wing activist group, threatened a boycott of Target stores and said it needed to be made an example of because the company’s so-called “anti-gay” political behavior would become “the tip of the iceberg.” Target immediately backed down.
Ever since the 2009 Citizens United decision by the Supreme Court swept away many restrictions on political free speech, liberals have tried to find a way to rein in independent groups that engage in politics. After the DISCLOSE Act failed to pass Congress and the Obama executive order was stillborn, liberal commissioners on the Federal Communications Commission began making noises last March that they might implement their own form of required transparency.  MORE
Posted by Melinda Pillsbury-Foster at 1:28 PM