I Confronted a Drone Pilot 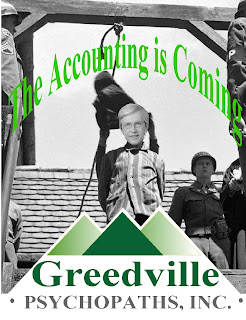 COMMENT - At a wedding this writer confronts a drone pilot about blowing up people attending weddings.  The drone pilot, the best man at the wedding, was upset, after all, he was told he was doing the right thing.  What do you want to bet the people at the weddings he hit were upset, too?  Take that to Nuremberg.
National interest has no rights.  No nation has rights, only people have rights.  Government does not grant rights.  They are natural, inherent, and granted only by God.

Who flies the drones America uses to take out military targets in foreign locales all over the globe? I had the chance to talk to an Air Force drone pilot operating out of Whiteman Air Force Base, and astonishingly, he admitted to me that he took part in strikes on wedding parties in Middle East & Asian countries said to harbor terrorists.
I confronted him with some of the troubling news that has emerged about the secret White House kill list and the apparent readiness to destroy the lives of innocent bystanders in pursuit of a target – women, children and elderly villagers who are all considered nothing more than “collateral damage.” Clearly, he didn’t want to hear it.

Did he, too, find these people dispensable? Did he share the cold rationale of our leaders that it is “worth it” to kill these civilians to target an enemy? I tried to find out when I saw him during a wedding I attended, all while I was deeply aware of the unsettling irony that the celebration we were attending was seen differently than the weddings, funerals and other gatherings that U.S. airstrikes have unofficially declared to be venues of war.
Horrifyingly, the use of airstrikes to kill rescue workers in a “double tap” when they come for the bodies of drone victims has been repeatedly documented, as well.


Perpetual wars spilling across many borders is now a foregone conclusion. The public pays it little mind. Drones take this even further, targeting individuals determined to be combatants – without a declaration of war against their country and without formal charges, allegations or complaints against those individuals.
Due process is effectively dead. The White House, the Pentagon, and the pilots who operate their predator drones have become judge, jury and executioner while the public isn’t even told who is on their kill list, or why.
Drones are coming home to roost, too. Estimates are that U.S. skies will see some 30,000 drones within the coming decade, and surveillance is not their only purpose. While they may not be equipped with missiles to target suspects, the use of tasers and other less-lethal weaponry for law enforcement and border security functions has already been proposed.
How far will things go? And how far removed will their operators be from the situation? Will they retain the judgement to know when things have gone too far? Or will the lives they hover over become mere blips on a screen?
Aaron Dykes is a co-founder of TruthstreamMedia.com where this article first appeared. As a writer, researcher and video producer who has worked on numerous documentaries and investigative reports, he uses history as a guide to decode current events, uncover obscure agendas and contrast them with the dignity afforded individuals as recognized in documents like the Bill of
Rights.
Posted by Melinda Pillsbury-Foster at 7:48 PM