COMMENT - Sometimes, it is the innovative solution out of left field which finally solves the problem.  Oklahoma faces a series of problems and while much of Mike Adam's article is true Mike fails to see the underlying problem which lead to the specifics he outlines.

First, the children were pulled out of a public school.  Public schooling causes many ills today.  Instead, we should return to community-based schooling where parents directly fund and control the place where their children are educated.  This returns the local service center (now erroneously called 'government') to its proper relationship with the people, who are the real government.

When people are  forced to pay for 'services' (substitute the term associated with animal husbandry) over which they have no control and lack the means (for instance honest elections and a accurate information) they give up and turn their energies elsewhere. This is not lazy or irrational.  It would actually be crazy if they did otherwise.  Also note the number of parents now homeschooling their children, for these and other reasons.

People, individually, have limited resources, which is why the idea of having a service center for common needs once made sense.  But today the plumber's helper has hijacked the toilet.

Second, the real solution to this problem is a different approach to housing and other community infrastructure.  Deep Green Passive technologies can replace homes and other buildings with structures which will easily withstand tornado level winds, need to heating or cooling, never burn and not be vulnerable to flooding.  No extra structures for protection will then be necessary.  That is a real savings.  Insurance should also cost less, especially if this is obtainable on the free market.

Oklahoma should finish its move to leave the Federal government behind and get busy with a rebuild which will last for many generations, another benefit of Deep Green Passive technology.

So, that is my comment on the article.  Now, as to the problem with the governor who so loves drones and the Department of Homeland (IN)Security.

Oklahoma has a special placement in the World of Drones though its governor, Mary Fallin, who is a huge fan of both drones and of the Department of Homeland Security.  While Oklahomans could wise up and remove her from office it might be more efficient, since she is blond and still slightly nubile, to introduce her to Craig Franklin, after arranging for the Senior Vice President of Green Hills to be relocated to Oklahoma to open an office there. 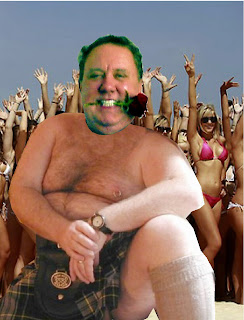 Craig will, doubtless become enamored of the Fair Mary and drive her out of the state forthwith.  His former non-prostitute interests have been known to climb out of restaurant windows to evade him, along other inventive moves.  Craig pursued Arianna Huffington at throughout on e of David Horowitz's Restoration Weekends, despite clear signs this was not welcome.  Now, why would that be?  Have any idea?

(NaturalNews) A mile-wide tornado with 200mph winds tore through the suburbs of Oklahoma yesterday, killing 51 people and broadcasting a rude reminder of the fragility of human life and human civilization. Here at Natural News, our hearts go out to the family members of those killed in the storm, and we hope some lessons can be learned from this that will save other lives in the future.

But wait a second, you can't stop a tornado, right?

Of course you cant. But you can prepare for a tornado, and here's where we get into a discussion that the mainstream media won't dare touch because it's not "politically correct" to have an intelligent discussion about any of this.

But here's the question we need to ask if we're going to save lives: How many of those who were killed in the tornado knew there was a tornado warning in place but did nothing to move to a safe shelter? Obviously this question doesn't apply to all the children who were killed, as they are not responsible for their own actions. (Their parents are.) But how many adults actually took the tornado warnings seriously and sought adequate shelter?

Because here's the simple, raw, undeniable truth of the matter: People who seek shelter vastly reduce their chances of becoming fatalities during any disaster. Tornados and hurricanes, in particular, come with advance warnings. They aren't like earthquakes that suddenly appear without any warning at all. Tornados usually give you minutes or even hours of advance notice. Hurricanes give you days of advance notice.

And yet, even when huge hurricanes are approaching their target, many people deny the danger and take no precautions at all!

Survivability vs. tornadoes is 80% preparedness and 20% luck

To be clear what I'm saying here, you can never control 100% of your risk or outcomes in a natural disaster, but through smart preparedness strategies, you can very often control 80% or more.

Taking tornados as an example, there is a reason why Oklahomans have, for generations, built "storm shelters" where they could retreat to survive an approaching storm. The photo on the right, for example, shows a low-tech, high-survivability storm shelter that can easily be installed in almost any yard.

Most fatalities in tornados happen because people are killed from flying debris. You might even call it "wind shrapnel." Take a bunch of lumber, aluminum siding, bricks and roof trusses and accelerate them to 200 mph and you have a deadly weapon that will kill almost anyone it touches. But put your body just three feet underground -- in a tornado shelter -- and all that debris flies right past you, harmlessly above your shelter.

America has become a culture of short-term thinkers

Investing in a storm shelter, however, requires forethought. It requires long-term planning, and the culture of America has radically shifted away from long-term planning to short-term thinking. This is evident in our national debt spending, national politics, consumer behavior, education system and everything else.

Housing companies that build homes in Oklahoma, Kansas, Northern Texas and other "tornado alley" zones don't even offer storm shelters. Most home buyers don't want storm shelters because they aren't long-term thinkers. But consider the facts: If you live in Oklahoma, you have to realize the area is going to be struck by devastating tornados sooner or later.

People who buy homes in pine tree forests, similarly, would be insane to believe that forest won't one day burn up all around them. (All forests burn sooner or later.)

People who live in Los Angeles have to be aware they're living in an earthquake zone, and folks who have homes in Florida must certainly realize they are sooner or later going to get hit with category 5 hurricanes.

This isn't rocket science. No one who lives in Kansas, Oklahoma or Texas can claim to have been "caught by surprise" when these repeating natural disasters strike. To live in these areas is to live with the ever-present knowledge that such risks will never go away. My hope is that more and more of these people will take seriously the importance of personal preparedness so that more lives can be saved as these repeating disasters continue to unfold.

Americans rarely seek shelter from storms, but they gladly "shelter in place" when government warns them about terrorists

If you really want to get Americans to take cover and seek shelter, tell them there's an armed teenager running loose in their city, tossing pressure cookers everywhere. The people will immediately and obediently follow orders and seek cover in their homes.

But tell them there's a category 5 hurricane about to strike their city, and they'll ignore the warnings while calling a bunch of friends over for a "hurricane party."

Making matters worse, local governments rarely invest in the construction of buildings that can serve as effective shelters against oncoming storms. Many of the children killed in Oklahoma yesterday, for example, were killed by collapsing roofs of schools.

Read this description from Fox News:

Television footage on Monday afternoon showed homes and buildings that had been reduced to rubble in Moore, which is south of Oklahoma City. Footage also showed vehicles littering roadways south and southwest of Oklahoma City. At the Plaza Towers Elementary School, students were hugging and clinging to the walls of the school as the tornado passed over, KFOR reports. An Associated Press photographer saw several children being pulled out of what was left of the school. The school's roof appeared mangled and the walls had fallen in or had collapsed.

Dare I ask the question: Why didn't that school have a basement for sheltering the children?

The answer is devastatingly simple: Because even local governments in Oklahoma -- where tornados are a predictable repeating threat -- often don't think long-term enough to invest in basement shelters for their own children. If they had, those children could have simply been led into the basement and they would all still be alive today. (Tornados don't rip apart properly-constructed basement shelters.)

Sometimes more people die than should have

My message in all this? In every natural disaster, more people die than should have died. I'm not blaming everyone who died for their own death, because there's always that 20% "luck" factor when it comes to storm and disasters. Sometimes people are literally killed due to no fault of their own. Sometimes people who prepare still get caught by unexpected random events. But across the board, at least 80% of your "risk" in a natural disaster is under your own control.

Is the TV news warning about an approaching tornado? Seek out an underground shelter and stay there until the storm passes.

Is the National Weather Service warning about an approaching hurricane? Evacuate early and get out of the way of the storm.

Worried about earthquakes? Carry emergency supplies in your car, in your basement and even simple items on your person (like a flashlight and seatbelt cutter).

No matter what risks you face in your particular geographic area, there are smart, effective ways to drastically reduce your risk of being victimized by disasters.

Did you know that the simple act of crawling into a roadway culvert can save your life from a tornado? Even lying in a ditch is often a far better strategy than hiding inside a building that can't handle the wind loads. There are many, many ways to protect yourself and your family members from tornados, hurricanes and other natural disasters. But you've got to take the idea of preparedness seriously...

... and most people simply won't do that. It takes too much effort to plan ahead.